They’re tiny. They’re usually reddish-orange. And they create a tremendous amount of itching. But Chiggers are not technically insects.

Chiggers (also known as wheal-worms or harvest mites) are members of the mite family, closely related to spiders or ticks, but much smaller. In fact, chiggers can be as small as 0.15 mm long – almost invisible to the naked eye!

In their larval form – which is when they bite you – chiggers have six legs. But fully grown, they will have eight.

Chiggers are members of the mite family, closely related to spiders or ticks, but much smaller.

Chiggers are mostly found in damp, low-lying areas around rivers and streams, as well as grassy areas and around the edges of forests. They thrive in areas of dense grass, weeds, bushes, and brambles. Like ticks, they will attach themselves to grass or scrubby vegetation and wait for a host to pass by.

Chiggers are parasites that will feed on animals or humans alike, but unlike mosquitos, it is not your blood that they are after. And they don’t burrow into your skin either, though many people think they do. Instead, chiggers bite by piercing your skin and injecting their digestive enzymes. These enzymes destroy tissue and cause a feeding tube called a stylostome to form. Left undisturbed, they can feed through this tube for up to four days, but because the itch is hard to ignore, they likely won’t stay with you that long.

In the United States, chiggers are most commonly found in the Southeast and Midwest, and areas around the Great Lakes and the Mississippi River delta. They only target and feed on humans during their larval stage, so they are most active during the Spring and early Summer, but remain a nuisance all the way through Fall. The good news is that chiggers are not known to spread disease in humans. But the itch is nothing to sneeze at, so you should to consult our list of Four Ways To Prevent Chigger Bites and try to avoid them altogether if you can.

Stay safe out there! 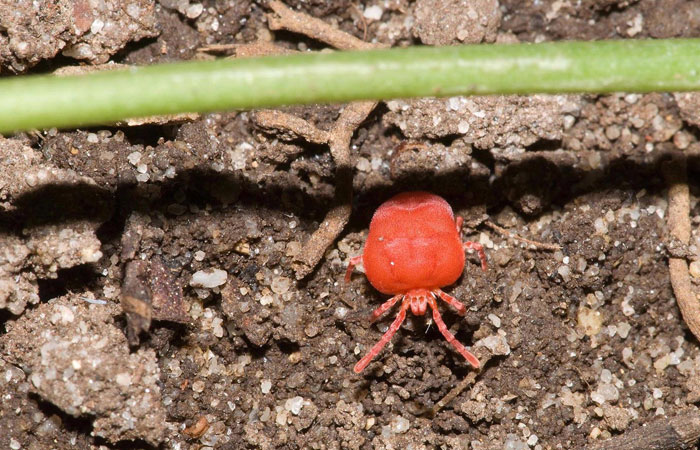 The Signs and Symptoms of Chigger Bites

Chiggers are tiny creatures, almost invisible to the naked eye. Here's what to look for...